I don't think "simplify" was entirely successful. I didn't apply it regularly and it was a little vague.

A new year was time for a new approach anyhow. So I've struggled about how to approach this. My typical M.O. was to start making a list. It was starting to become a complicated list. And that's absolutely the wrong approach. So I threw it out and made it a much smaller list.

By James at December 31, 2013 No comments:
Email ThisBlogThis!Share to TwitterShare to FacebookShare to Pinterest
Labels: 2013, 2014, by-year, focus, introspection 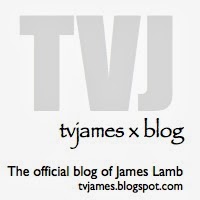 It's been a busy year. I made it a goal to post every day this year, but I wasn't going to actually announce that goal just in case I decided it was a bad idea. Well, I did it. I'm not sure I want to do that again next year, but I want to avoid doing what I did previously - 381 in 2011 and then only 174 in 2012. I'm also pleased to have done 32 books reviews this year. I was not consistent in making a post each month with some of my favorite photos from the month. I still like the idea, it just took some work, so I can't say it's a goal to do it this year, either.

January was fun, but challenging - as far as writing regularly, that is. I participated in Katrina and Lindsey's BlogADay. So every day there was a new topic. I really enjoyed some of them such as:

A birthday (mine), a trip to Miami, and then a blur, apparently. Some favorite posts:

It seems like this ended up being a year without a lot of personal details, despite all the posts. I think maybe too much of it was scheduled in advance or something. Some favorite posts:

I started the month in a really, really bad mood. I had the week off and spent it really contemplating my future and wishing I had planned ahead and scheduled job interviews. Instead, I got some coaching from my pastor and a few people on LinkedIn. By the end of the week, I decided I wasn't going to quit. The next week, my new boss started and I quickly came to appreciate that he was much better suited for the job.

Ben's birthday was this month. Some very close family members chose not to attend and it hurt me deeply. I had forgotten about it but now it bothers me all over again. We also said bon voyage to some friends who moved back out of the area.

Rachel's birthday. We also finally decided we could cut-the-cord. We started getting serious about how we might be able to reduce our ongoing budget.

July was the month we were supposed to work on improving our bedroom to make it into more of a haven. That did not happen. Maybe in 2014? Another trip to the ER this month. That four visits in nine months. Ugh.

We had our family vacation this month. Despite some things not going according to plan, it was a really nice week.

Some good quality posts. For one, I was finally able to officially talk about a job change we'd been working on. Also, our anniversary. Lots of good posts this month.

Lori's birthday. Apparently it was a tough month.

It got dark early. It's felt like it stayed dark. A lot of us took turns being sick. We restarted our finances and I'm really encouraged and excited about our plans now.

Oh, December, the quickest of all months. It's stayed dark. Dark and cold. And cold. And cold. We had snow. It was there when we woke up, the children went out and played in it, and by the afternoon it was all gone. That was like the best kind of snow. The period between Christmas and Thanksgiving was the shortest it can possibly be. Turns out it only moves up a day each year so it'll be awhile before there's a really long gap between Thanksgiving and Christmas.
What I gather from this is that I posted a lot this year. But I didn't say a lot necessarily about how life was going or how I was doing, it was all compartmentalized ideas, often usually scheduled in advance. I need to think about that. I liked in past years how I had something to quote from most months.

Final - Christmas threw everything out of whack.
Sunday (prep) - With Christmas this week, I'm pulling back to the bare minimum daily stuff and some of that will probably even get skipped. I also expect that a bunch of new stuff will get added that I'm not aware of yet. I moved everything I could to "nice to have." It was good to be able to clear out most of the n2h list last week though some of what's in there probably shouldn't be, but there was only so much work I was going to do to prepare for this week in my efforts to be quicker about it.
By James at December 29, 2013 No comments:
Email ThisBlogThis!Share to TwitterShare to FacebookShare to Pinterest
Labels: by-week

So close to the end of the year, it was a busy, busy year. It was, wasn't it? That's what I always tell myself - that I'm busy. I feel like there's always more to do go. At one point I complained to Lori that there was something important to me (painting the fake trim in Ben's room) that I was never able to get to. She pointed out that I had some time off in December and why didn't I just plan to do it then. Brilliant advice, I was able to put it off my list and schedule it. That's a great "Getting Things Done" tactic. I was able to remove it from my mind because I was confident I knew where to find it if I needed it.

A lot happened, but what? Was it the right stuff? If I think back about the year, the following themes immediately come to mind. But they come to mind just because they come to mind right now. Not because they were strategic by any stretch of the imagination. Does it need to be strategic? Or can I just live in the moment? If I try to plan things out and have an agenda or goals, am I ruining the serendipity of life? I don't think so. If I want to be able to take stock of my life, I guess I need to know whether I got to what I wanted to or not in the past year.


So.. what's wrong with this list? What's missing? "Family" is probably too generic and everything is chore-related. Where's "fun"? Where's "adventure"? Where's church/Christianity/faith? My life is not without fun, entertainment, intellectual exploration. But if it didn't come to mind, does that mean there's an issue? I don't need to structure or plan my fun, but I might need to be intentional about making sure there's margin for fun to occur on its own, or if life remains crazy, some scheduled outings which at least plants a flag on the calendar that says "On this date, we will travel by car to x and remain there for y hours." which at least says "You will not be able to complete 24 chores today so plan ahead." 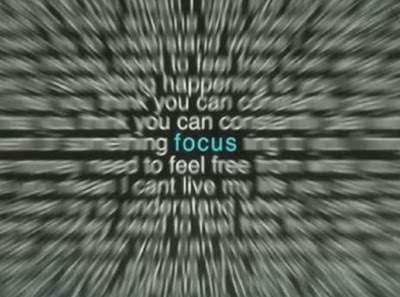 By James at December 29, 2013 No comments:
Email ThisBlogThis!Share to TwitterShare to FacebookShare to Pinterest
Labels: 2013, by-year, focus, introspection, simplify

What Are We Listening To? (All-Time)

A lot has stayed the same from January 2013 but there are a few new ones. As usual, what the children listen to take a lot of spots on the list, mostly because they listen to a smaller selection of music. The lullabies are omitted because they far eclipse everything else.

[1] - I'm not even sure this has been played much this year, it's just so far ahead (from Ben asking for it over and over again a few years ago) that it'll be awhile before anything surpasses it.

2. Here with Us - Joy Williams

5. Wacko's America - Animaniacs [new] ** - I've been listening to this regularly because I'm trying to memorize all the states and capitols.

9. Waiting for My Real Life to Begin - Colin Hay

[13] - I had taken a break from this song for a little bit because it was now connected to a funeral, but now I'm listening to it again because it's so good.

By James at December 28, 2013 No comments:
Email ThisBlogThis!Share to TwitterShare to FacebookShare to Pinterest
Labels: 2013, by-year, music

What Are We Listening To? (The New Class)

I haven't looked in on the new class since January 2013. I think this list is based on the last six months, assuming I'd do this more regularly. Not sure it would change much if I changed it to a year, I've played Escala a lot. Sounds great in my car.

By James at December 27, 2013 No comments:
Email ThisBlogThis!Share to TwitterShare to FacebookShare to Pinterest
Labels: 2013, by-year, music

What Are We Listening To? (Christian Music)

Not a lot of change since January 2013. Despite a household moratorium on My Savior My God by Aaron Shust it only dropped two positions. That means we stil listened to it or we didn't listen to the other top songs much. New at number 9 is a song that I absolutely fell in love with, a version of "Christ the Lord is Risen Today" that starts with bagpipes and then transitions into modern praise band. You can't beat lyrics like "Death in vain forbid Him rise" but pair it with such a sweeping range of instruments... love.

2. Here With Us - Joy Williams

13. We Humble Ourselves - Paul Baloche

18. Lord, I Life Your Name On High - SONICFLOOd

* There's some confusion about the #1 spot - I have two copies of the number one song. By themselves they're at #5 and #12 but added together they are in the #1 position. Last year I didn't combine them and the year before it looks like I did. So I'm going to consider that a misprint in the last rankings.
** YouTube (all others are Amazon links)