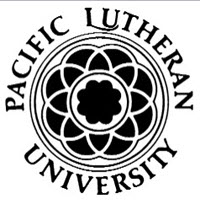 As a former Mooring Mast staff member (and just about every other student media and the school's first webmaster), I would respectfully like to make a request that the Mooring Mast be disbanded for the rest of the year and the faculty adviser be replaced.  I don't know a lot about this recent incident where their website was temporarily pulled -- except based on their own coverage on Facebook and their inexplicably obtuse apology*, but it's that very apology that seems to suggest that maybe a bigger lesson need be handed down by the University.
I know such actions (were they even to be considered) wouldn't be considered lightly and no actions would be taken on the basis of a single former alumni, but this is really embarrassing and a slap in the face to legacy and history of this publication and all the students and advisers over the years who have participated in it.
James Lamb '96
*https://www.facebook.com/MooringMast/posts/10150452414354721?notif_t=feed_comment_reply
By James at December 03, 2011
Email ThisBlogThis!Share to TwitterShare to FacebookShare to Pinterest
Labels: education, news